Today, the human personality is dissolving into digital reality. And the smartphone is an important technical basis for this process. “Phonegenital” is my critical series of works dedicated to the transition of Mankind to Virtual through phones. Here I will talk about the smartphone as a new type of genital organ.

Works on the OpenSea

Look at the smartphone screen. Its most important part is called the touchscreen. A surface designed to be touched. The manufacturer telling us that this is not just another insensitive piece of iron — it has a sensitive screen. Just touch it and it will respond to your touch. In general, the very idea of multitouch is based on body contact, caress and stroking. Moreover, the smartphone itself has a classic Freudian phallic form.

That’s what this picture is about. A small monkey fiddles with his smartphone growing between his legs.

Robot performing the function of self-satisfaction with a phone 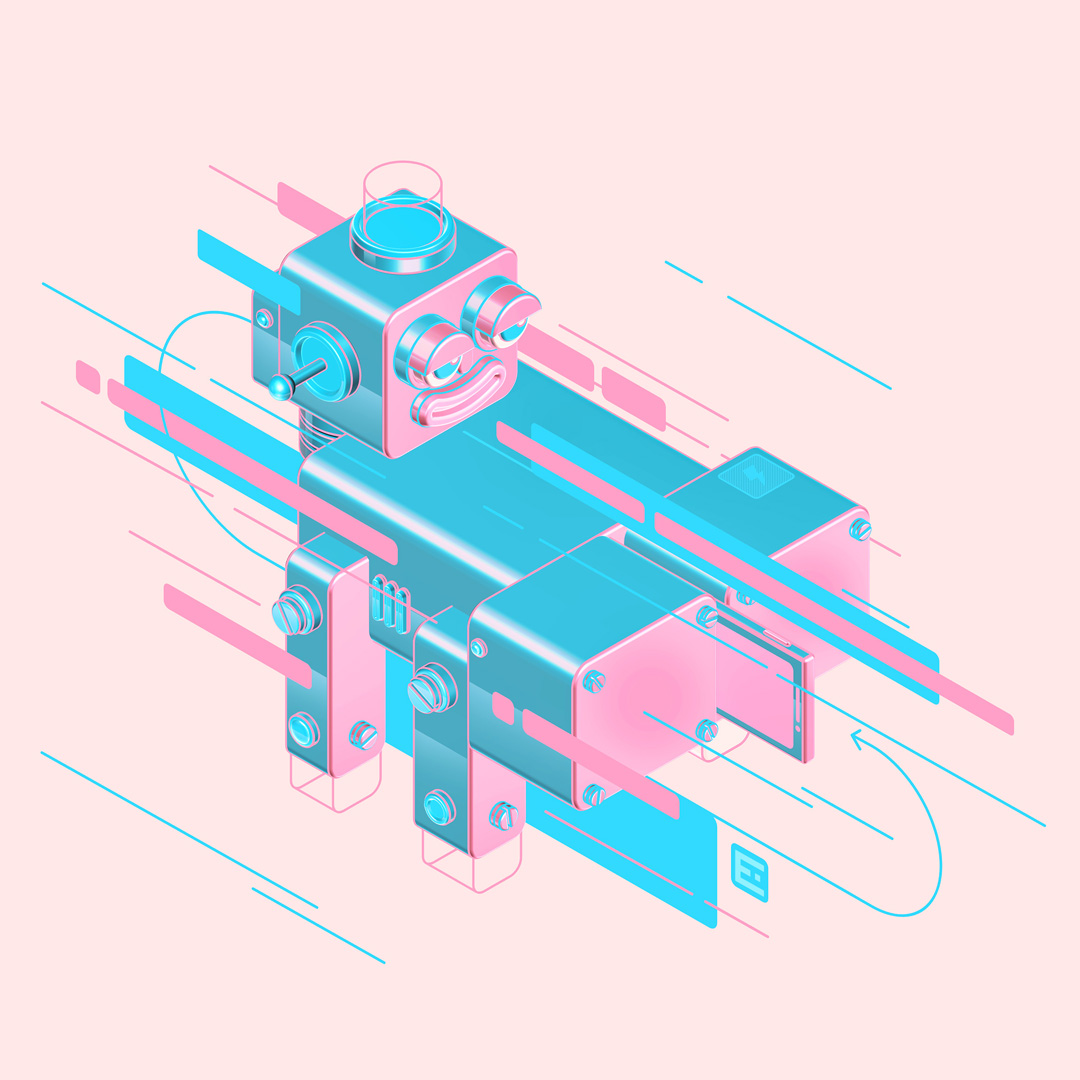 The second work demonstrates a new stage in the relationship between a Human and a phone. In this picture, attention focused on the gaming nature of using the phone in order to get maximum pleasure from it: games, social networks, gamification integrated into non-gaming applications, and other entertainment. The smartphone is no longer just an organ, but an organ of pleasure.

The main problem with the human genital organs is that they cannot be enjoyed for very long. A couple of minutes or so. Well, everyone’s different, of course, but something like that. Whereas with a smartphone you can do it for hours. Games, photos, social networks, swipe right, swipe left, zoom in, zoom out. Oh yeah! Five more minutes! You can spend several hours in Tik Tok only. Moreover, getting your genital organ in public is at least not decent, if not even punishable. While playing with your smartphone in public places is absolutely legal.

That’s what this picture is about. The robot gets pleasure from the phone inserted into the anus.

Matryoshka reproducing by a phone 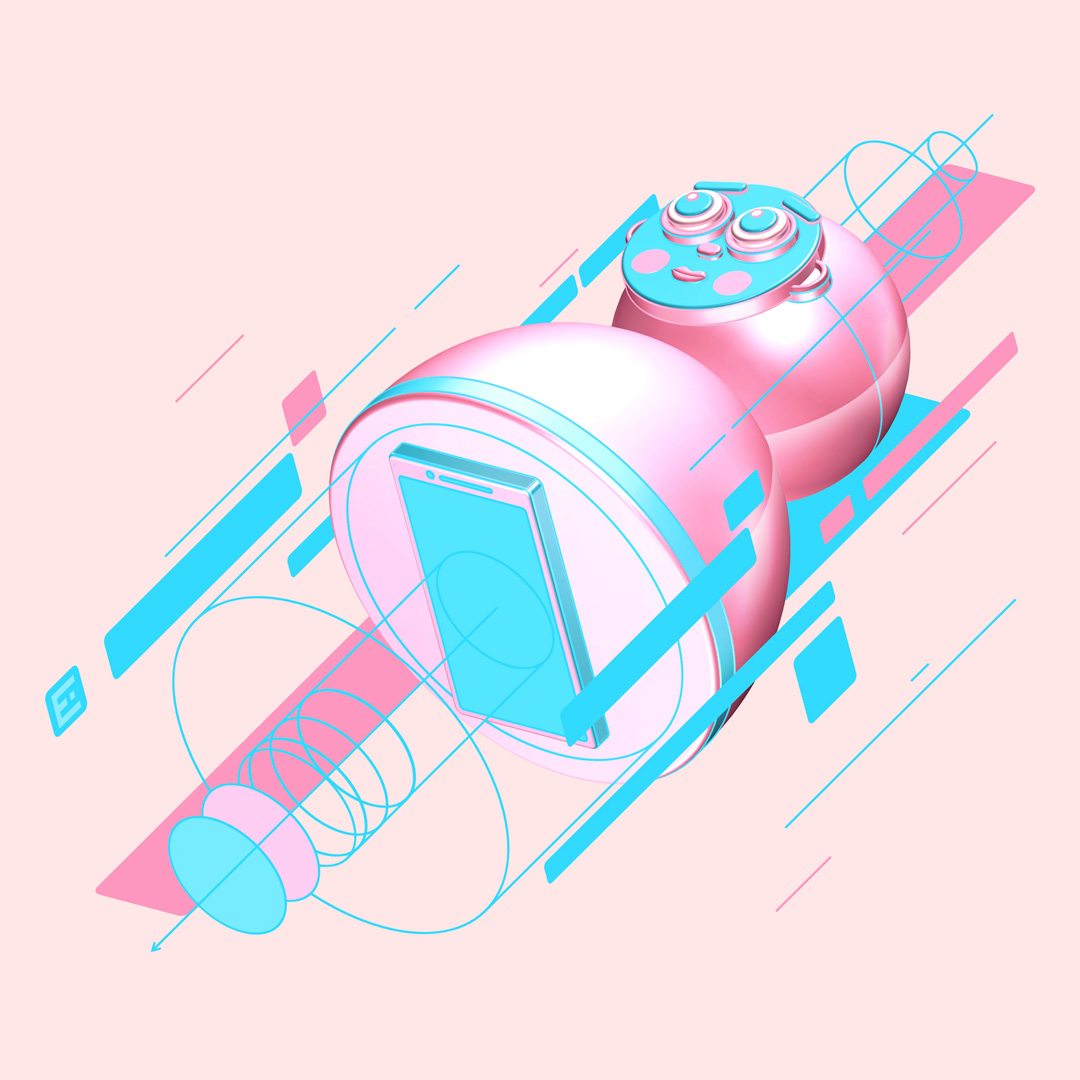 This work reflects the most important stage in the reproduction of a person with the help of a phone. Creation of numerous avatars, profiles, accounts, game alter egos and other digital doubles.

Have you ever noticed how deeply initiatory the stage of the first acquaintance with a new phone is? A beautiful elegant box is an analogue of a wedding suit. Breaking the plastic membrane in which he is wrapped as a metaphor for losing virginity. Further, the person must definitely give a part of himself to the smartphone. Scan a fingerprint or face, tell your name, tell about your preferences. The smartphone must receive a part of a person in order to proceed to the next important stage — reproduction.

That’s what this picture is about. The classic Russian doll “Matryoshka”, who stopped reproducing in the usual way, because now it has a phone below her belt.

DeConstructor disassembling himself with his phone 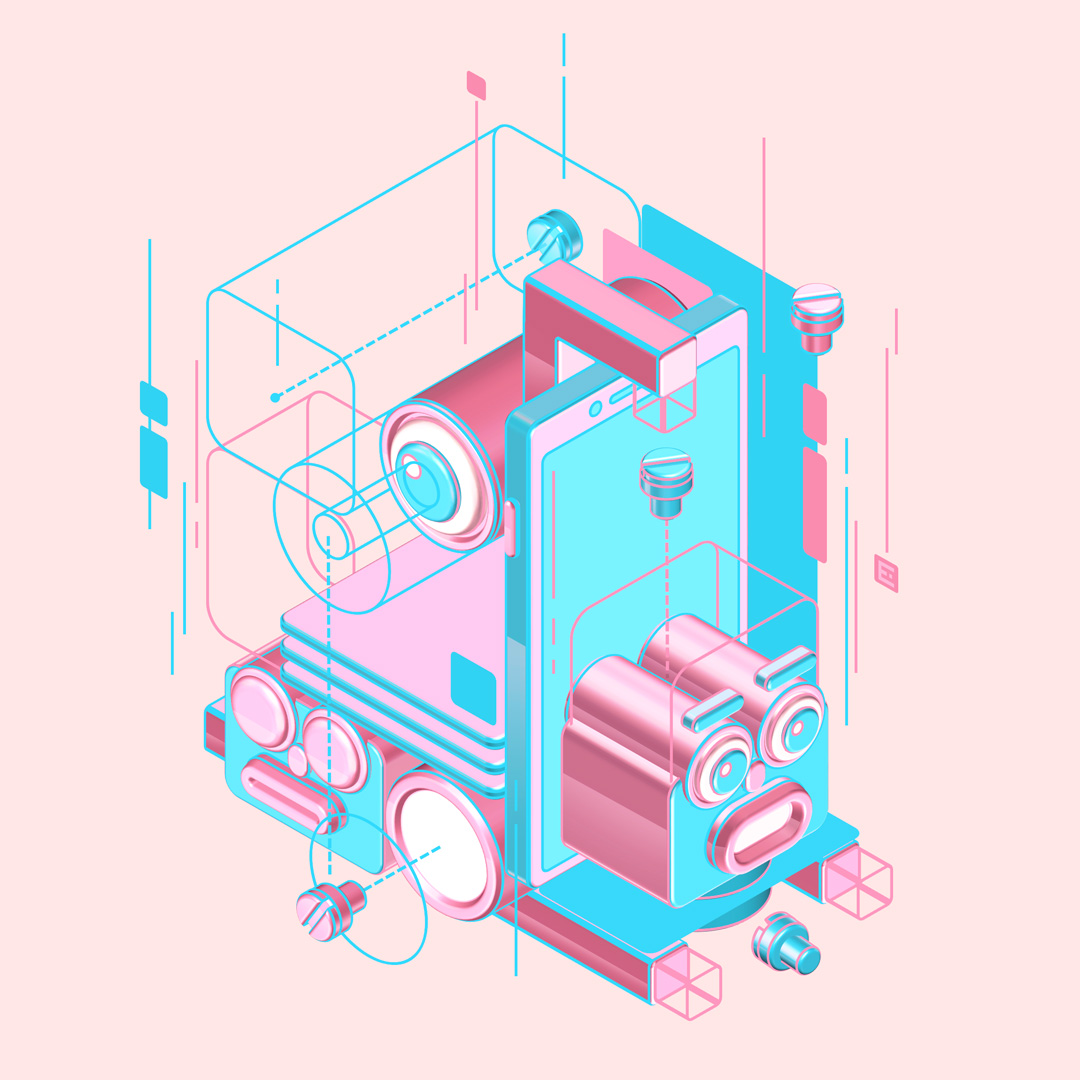 The final work of the series, which is a kind of result of the demonstrated process. In the work, we see the final stage of personality destruction, deformation of the appearance, complete separation of the personality into pieces, lack of integrity and loss of Humanity.

In this sense, the iPhone is full of hidden symbolism. The very letter “i” in the name is nothing more than an abbreviation for intimacy. And its writing is literally a stick and a hole. However, this is not just intimacy. “i” — is also implosion, that is, destruction, explosion. Identity implosion — destruction of integrity, identity, unity. Impersonal individual — depersonalization of a Human.

That’s what this picture is about. Disassembled constructor. Chaos, disorder. This is all that remains of the once whole characters in the artworks.

It seems to us that we have smartphones. However, it was they who had fucked us a long time ago.