Gadgets: monopods, gyroscooters, smartwatches, massagers, fitness bracelets, VR glasses… There are so many gadgets around. We are overgrown with them, like a rusty skeleton of a ship with coral polyps at the bottom of the ocean. We treat them like harmless toys, but in fact they devalue the world around us and distort ourselves. The Gadgefication triptych is dedicated to this topic. 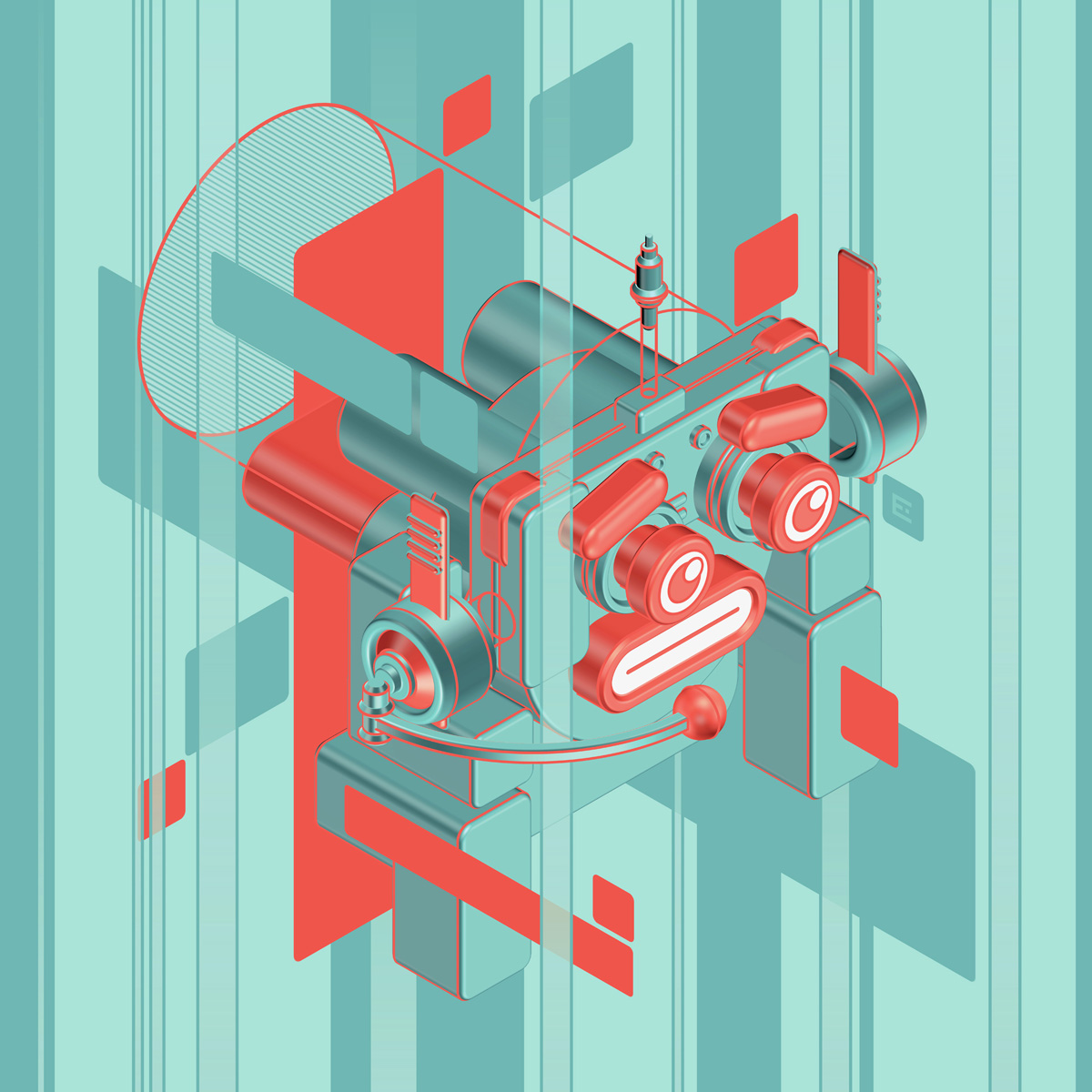 In the middle of the last century mankind in unison dreamed of space flights, colonization of new planets and exploration of distant galaxies. Children wanted to become astronauts, and science fiction dreamers described the victory of progress over all the environmental problems of our planet and assistance in the development of other space civilizations. And what came of it?

After almost a century, we do not have a base even on the closest satellite of the Earth. But what do we have? Everyone has a device in their pocket with constant access to a worldwide database, more like a garbage dump. Fine! Now watching pornography in unlimited quantities and pictures with cats has become much easier. Paper cigarettes have been replaced by electronic cigarettes. Gorgeous! The process of slow self-destruction has become more technological and beautiful. A plastic box in the living room can search for the answer to almost any question for you. Hooray! You can not waste time reading books and self-education.

Technological progress seems to have taken a wrong turn. Technology has ceased to serve the great plans of mankind, it has become a toy. All our gadgets, which we are overgrown day by day, like with parasites, serve only one purpose – entertainment, nothing more.

That’s what this work is about. A human with a game console joystick instead of a head. A sign of a thoughtless and endlessly entertained subject with gadgets. 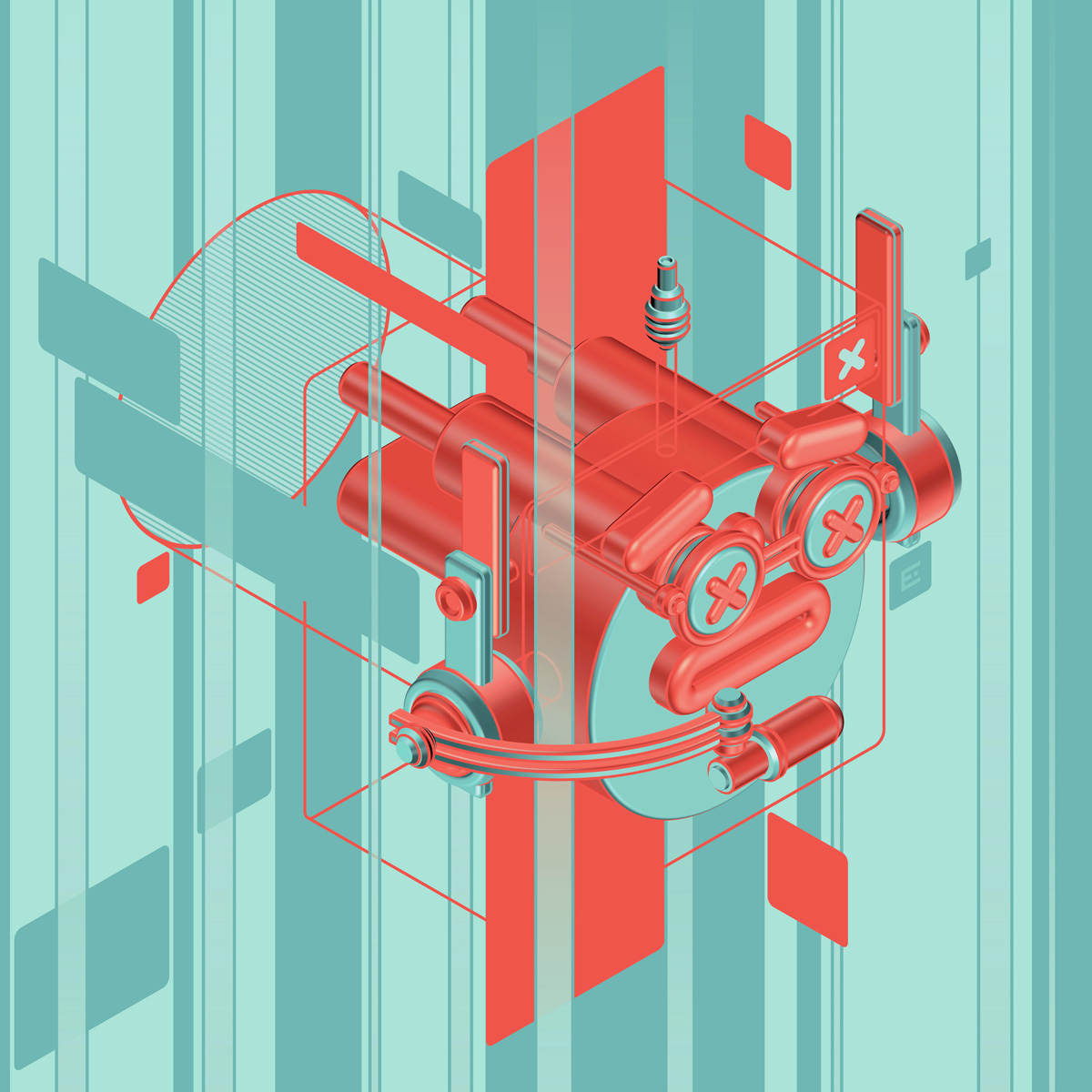 Gadgets mediate our perception of the world around us. Unnecessarily simplifying access to objects of material culture, they thereby devalue their content. We hear music in the background, we scroll paintings in the feed, we watch movies with peripheral vision on the second screen in parallel with work. So, in reality, we don’t really listen, view, or understand anything. The era of the deaf, blind and insane.

The famous russian musician inserted the sound of intestinal gas emission under the beat into the new track! And why be surprised if, indeed, no one really listens to him for a long time? I’m waiting for a minute-long track at the top of the charts, consisting of absolute silence.

It will be a moment of silence for the untimely bygone era of musical art.

That’s what this work is about. A blind human face in a dialog user interface box with a cross. A symbol of the abolition of real culture in favor of virtual deaf-blindness. 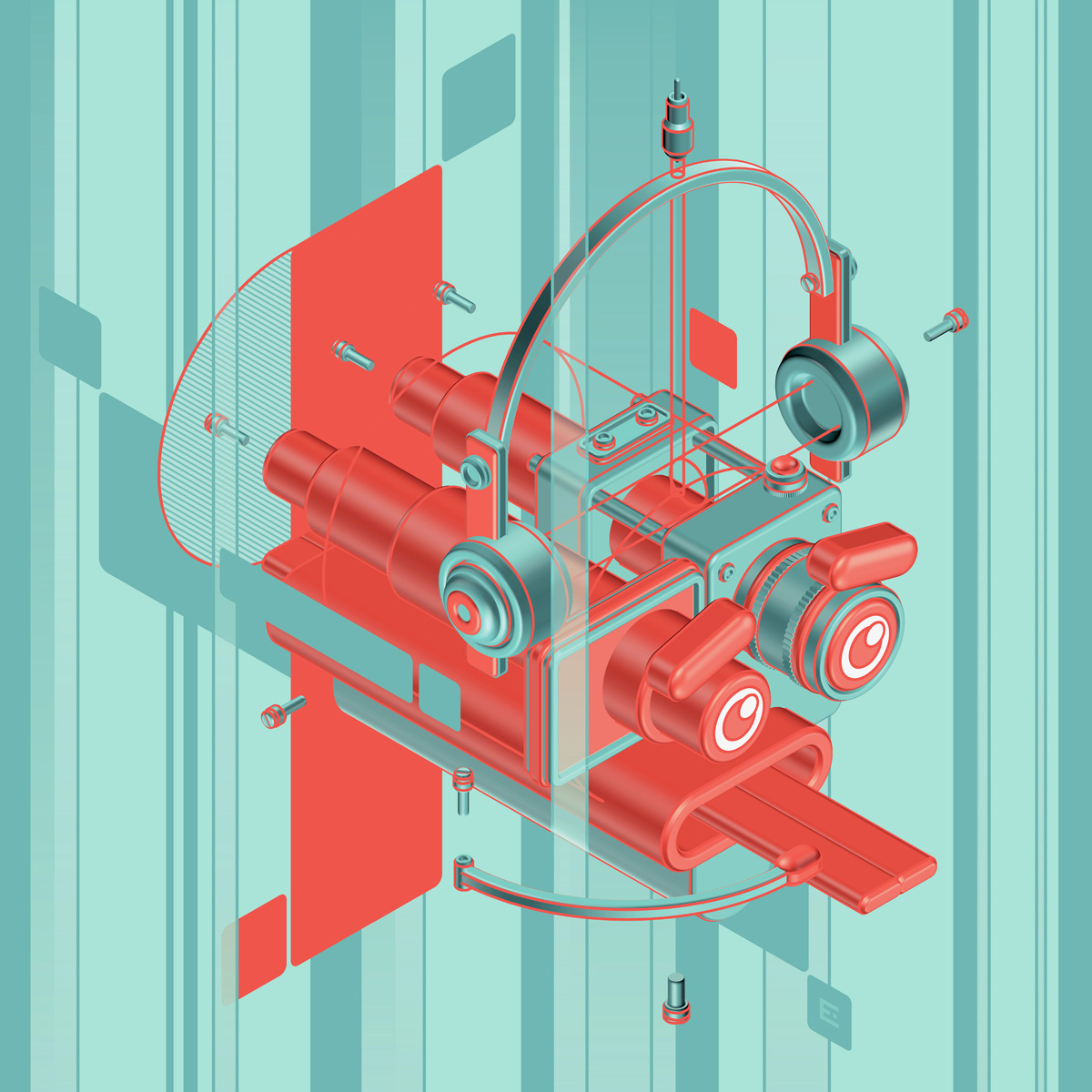 Body-worn or home-storage gadgets are just the beginning. Devices that are implanted in the human body are already being developed. All kinds of neural interfaces, cybernetic prostheses, nanobots in the blood and much more. Mankind does not just seek to grow together with gadgets. We ourselves want to become one big gadget. But what and why do we inject into our body? What kind of gadget will we become? In the description of the first work of the triptych, it is already indicated how vulgar and stupid we are using even such a useful thing as a world database. Not to mention the fact that most gadgets, at best, simply entertain us, and even work for our death.

So what gadgets will we inject into our body? A slot machine handle? To pull it every night before going to bed, getting a fountain of stars in an online game. What kind of gadget will we become ourselves? An e-cigarette man with a fitness band on his chest? To know exactly how many steps we have left to go before death.

Gadgets kill the human in us, turning a person into some kind of grotesque useless cyborg. They devalue this world and cut it off from us.

That’s what this work is about. We don’t see anyone here anymore. Only a handful of equipment disassembled into parts and unscrewed screws dangling in the void without nuts. The human has disappeared. The world is cancelled. Only in the air hang the details of the deconstructed cyborg.